Paso Robles: A Little more Vino and the Unimaginably Rich 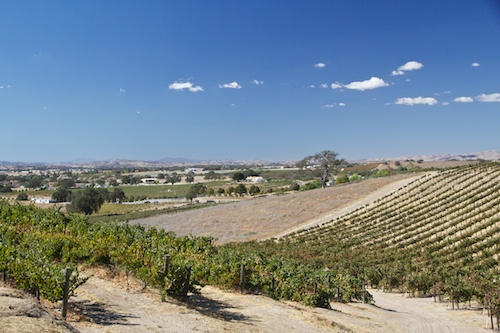 Miles of Vines in Paso Robles

I have this fascination with the lifestyles of the rich and famous…not today’s nouveau sort, I mean the old-money rich, and nothing says old money like William Randolph Hearst.  When we left Monterey and moved down to Paso Robles our initial idea was to visit some of the wineries. It is smaller and more laid back than the Napa area.   We did just that, enjoying the scenery, the small, friendly vineyards and the town of Paso Robles itself.

Blurriness is a function of people moving, not my wine consumption

However, a mere 40 miles away, high on the hills above the Pacific coast is Hearst Castle. We couldn’t pass on taking a look at this 60,000 square foot temple to opulence. My entire house in Florida would fit easily into the living room alone. Hearst’s father made his money in the mid 1800’s in minerals (think gold) and bought all this acreage along the coast as a place to ranch some cattle; They used to camp there.  When his dad died Willie decided he was tired of camping out and wanted to build “something” on top of the hill. A few decades and a lot of money later  the result was Hearst Castle. It is filled with beautiful european art and antiques and is a testament to the man, his tastes, and a lifestyle long gone. The Hearst’s gave the Castle, the top 150 acres of the mountain, and about 13 miles of pristine coastal land to the State of California with the stipulation that it be left exactly as it was. They say a picture is worth a thousand words. In the following “pictures,” they are each probably worth quite a few million as well. 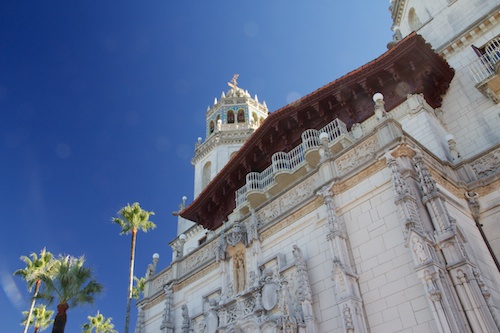 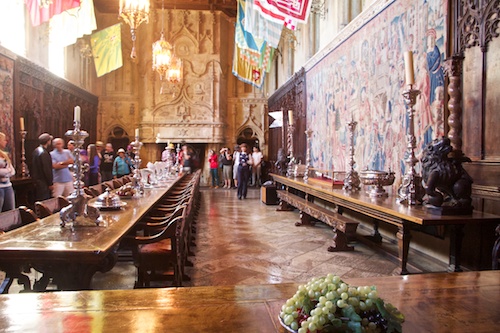 For those small, intimate dinner parties, everything is a rare antique

Over a thousand years old, Roman, and stunning

Of course, one needs a pool…. 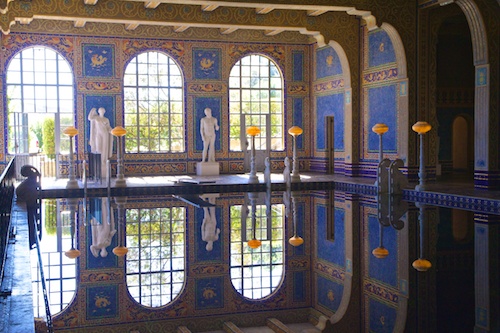 Or two, in case it rains

I wish I had the space to show you more. It was a jaw dropping experience. I can not imagine (yes, actually I can) the staff required to run it, clean it, manage it. They raised their own beef, fruits, vegetables and other foodstuffs. Liquor flowed freely, even during prohibition. They hosted power brokers,  movie stars, world leaders and politicians. Ah, what a little money can buy.